Abstract of the Dissertation

The present work deals with the user-centered design process and its impact on technology acceptance of small screen devices for diabetics. The aim of this interdisciplinary work is to conceptualize a compact diabetes management assistant that meets the needs and requirements of its potential users. Moreover, a better understanding of the relationships of technical expertise, domain specificity, diversity and user acceptance should be obtained in relation to medical technology. Another research question deals with the purposeful endowment of acceptance: Can the usercentered design process, when it is accompanied by methods of technology acceptance research, systematically generate products that show more acceptability?

Diabetes mellitus is a complex syndrome that puts health-care systems of all major industrial nations to the test. Diabetes cases worldwide are on the rise. The prevalence in Germany is estimated at 12%, roughly 10 million afflicted, with increasing incidence. Due to different causes (e.g. viral infections, genetic factors, obesity, poor diet, age, pregnancy), the body loses the ability to maintain its own energy-metabolism in homeostasis. Common to all cases of diabetes is a key symptom: insulin deficiency. To bring this regulatory circuit back into balance is the goal of diabetes therapy ― not always with hope for remission, but with hope of mitigation. The economic loss (i.e. treatment and secondary disorder treatment costs) of diabetes in Germany was estimated at about 40 billion euros in 2010, with 75% of it caused by secondary disorder treatment. In order to meet the necessarily required individuality of therapy, diabetics (or their doctors) need to monitor their vital parameters and accurately analyze the impact of food intake and medicine administration. This is done daily through detailed diary keeping.

At this point, diabetes management assistants can be used. The digital logging of parameters and their programmatic interlinking can relieve some of the strain of the everyday activities of diabetics. Diabetes management assistants perform the necessary calculations, encode regular behavior simpler and indicate complications of therapy ahead of time and not only until the next doctors appointment. Since both bad diary keeping as well as insufficient device usage indicate high rejection rates and thus sadly lower compliance, there is an urgent need to develop user-centered solutions that help diabetics with their everyday needs.

In this work, using user-centered methodology, requirements of the diabetes patients towards assistive devices are worked out and are contrasted with the properties of existing devices. For this purpose, in addition to a comprehensive market overview in devices for diabetics available in Germany, focus groups, interviews, questionnaire surveys, and user tests were carried out.

In order to understand usage motives and barriers and their emergence, a questionnaire was conceptualized, created, and administered, which contains additional disease-related factors along with traditional factors of technology acceptance modeling. In order to ensure a holistic approach, factors from various technology acceptance models based on external validity were extracted and enriched with factors of user diversity (e.g. age, gender, education) and disease diversity (e.g. disease type, duration, therapy). In addition, personality characteristics such as coping strategies and psychometric aging scales were incorporated.

The requirement analysis showed that users put special emphasis on ease of use, security certificates, as well as compact size and unobtrusiveness, when it comes to diabetes small-screen devices. Furthermore, such a device must be sensitive in dealing with user privacy and should not automatically forward data to the physician or healthcare professional. The perception of medical technology in general was found to be strongly dependent on the personal experience with using mobile phones, a survey showed. Greater expertise in using mobile phone features increases user agreement with usages motives and lowers the usage barriers. A higher psychometric age also goes hand in hand with greater acceptance of medical technology. Since chronological age and expertise in using mobile phones highly correlated negatively with each other, this apparent contradiction suggests that chronological age serves only as an indirect predictor for technology acceptance. Chronological age alone does not cause technology hostility, increasing chronological age only spreads the heterogeneity within the cohort. Looking at the desire for a single function device (compared with integration into a mobile phone) revealed different types of users. People with high expertise in using mobile phones show a high desire for integration in mobile phone, whereas people with low expertise, and especially with psychomotor complications in dealing with mobile phones, strictly reject such a device. Based on these findings, two different prototypes were designed to meet the needs of exactly these two user groups. User testing was applied to both of them to understand how the realization of the established requirements affected usability and acceptance.

Usage of the mobile-phone-integrated prototype was evaluated in terms of impact of user heterogeneity on performance in using the device. It was found that age and technical expertise plays a major role in usage effectiveness (degree of task fulfillment). Older and less experienced participants did not manage to handle all tasks successfully. The same was true for usage efficiency (pace and error-rate). This influence evened out as early as the second experiment trial, which demonstrates the high learnability of the prototype. On closer inspection it became clear that the influence of chronological age on effectiveness can much better be explained by the quality of the mental model of the menu that a user had, than by his chronological age alone. This also shows that the chronological age has no direct implications on usage performance.

The second prototype integrates into existing habits and activities of diabetics. It replaces the pen for diary-keeping and is able to digitize the written entries that are put into the diary. Assistance by text-to-speech, and other simplifications can be made available using the digital pen. Once again analysis showed that chronological age did only indirectly impact performance. Only computer self-efficacy showed a positive impact on efficiency of use. Both prototypes showed high acceptance (operationalized as a behavioral intention). The acceptance of the first prototype depended heavily of the success rate during the initial use, whereas the acceptance of the second prototype was consistently high. 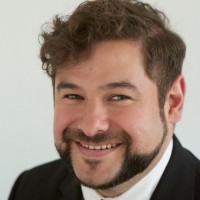 I am insterested in studying effects human-algorithm interaction and their impact on safety.

Older Users’ Rejection of Mobile Health Apps a Case for a Stand-Alone Device? From cloud computing to mobile Internet, from user focus to culture and hedonism: the crucible of mobile health care and wellness applications

Task performance in mobile and ambient interfaces. Does size matter for usability of electronic diabetes assistants?